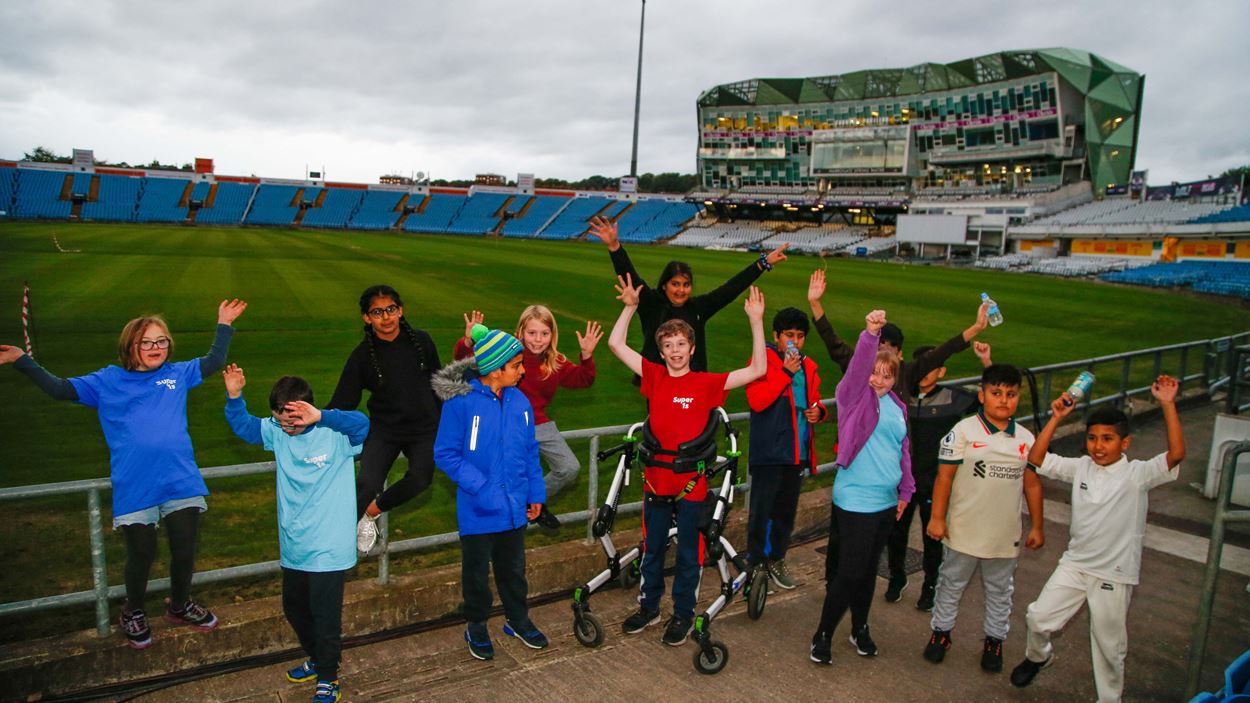 In the first event of its kind since December 2019, the Lord’s Taverners national cricket programmes, Super 1s and Wicketz, have united young people from deprived backgrounds and those living with disabilities in Yorkshire together through cricket.

The event, hosted at Emerald Headingley, took place in half term and helped participants from Leeds, York and Bradford taking part in both programmes to engage with people they wouldn’t normally get the opportunity to.

One of the event’s aims was to get both groups of young people mixing and interacting to see how they would communicate with each other.

Yorkshire Disability Development Officer, Rohan Randhawa said: “For both groups it’s about meeting new people and building those social skills. Some of the group from the Wicketz programme probably haven’t spoken to a disabled person before and vice versa for our Super 1s participants.

“Just seeing how well they’ve been getting on today shows how both groups in society can mix together and cricket really helps with that.”

“A lot of participants on the Super 1s and the Wicketz programme are from a range of diverse backgrounds and that’s one of the aspects of the programmes we’re extremely proud of here in Yorkshire.”

Ben Fraser, Leeds Wicketz Development Officer, added: “This is the second time we’ve put on this unity event but all of the young people from our Wicketz hub in Bradford here today are new to seeing the Super 1s project. It’s a great way to build relationships with groups of children who wouldn’t usually mix, particularly in sport. Cricket, in this case, is the tool we’re using to remove barriers and allows the young people to learn more about each other."

Ailith, a parent of a Super 1s participant taking part in the event, and co-founder of Sunshine and Smiles (Leeds Down Syndrome Network), commented: “It’s a really gentle environment that’s relaxed, they give the children lots of time, so everybody understands. It’s an accessible and inclusive group.

“Having activities that are accessible and at a pace that works for children with additional needs is really important. A so-called mainstream environment would be too quick for Talia but the Super 1s sessions gives her a chance to learn things. Without that opportunity she wouldn’t be able to access cricket.

“Being able to come here today and meet the Wicketz team has been great. They had a chance to talk to each other, share experiences and think about what we need to do to support each other, that’s been a lovely part of the session. It’s been really holistic, the way the session has been run, so it’s been lovely.” 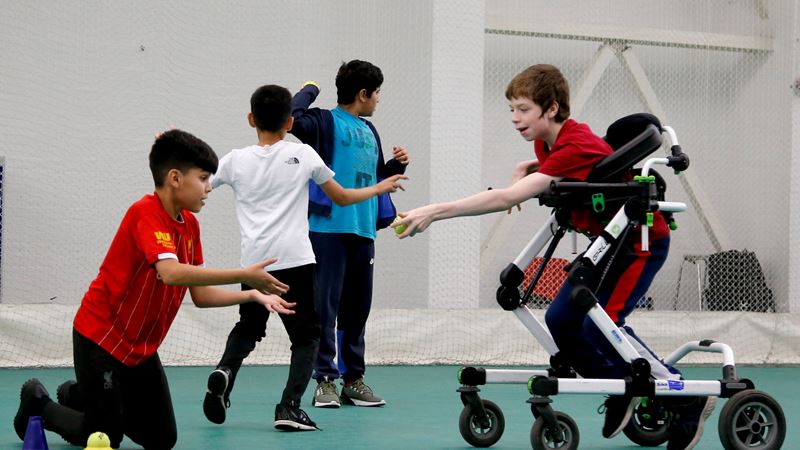 The Wicketz programme provides opportunities for young people living in areas of deprivation to play cricket and enjoy physical activity no matter their background, circumstances or ability.

Based in communities rather than schools, Super 1s offers disabled young people aged 12-25 an inclusive opportunity to play cricket at grassroots level. We work in 16 locations across the UK, setting up local hubs where young people can come together, play, and learn vital life skills.

This day was made possible thanks to the support of players of the People’s Postcode Lottery (PPL). Players of PPL play with their postcodes to win cash prizes while raising money for charities and good causes across Great Britain and internationally, and their support of the Lord’s Taverners has helped bring disadvantaged and disabled young people together through cricket.