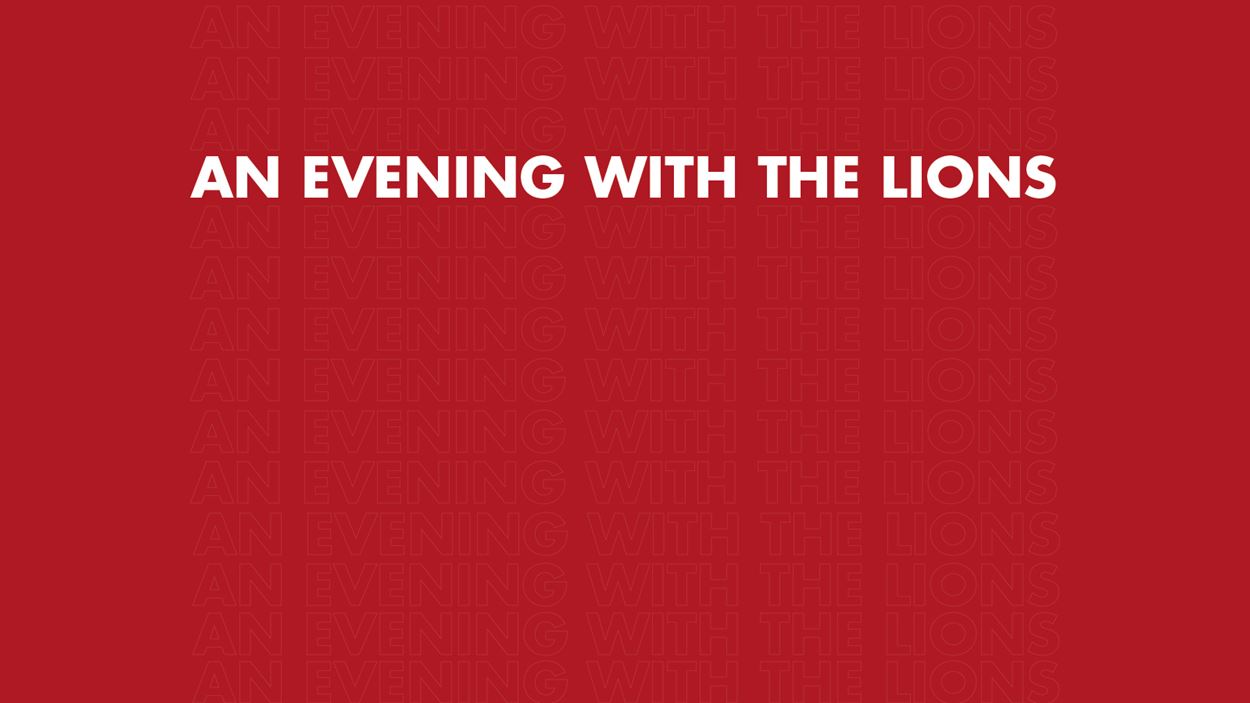 An Evening with the Lions

We have teamed up with The Harlequins Foundation to bring you an unmissable evening where you will gain exclusive insights from FIVE Lions legends as they discuss all things rugby!

With Ugo Monye hosting the evening, be prepared with drink in hand, as Jason Leonard, Peter Winterbottom, Jamie Roberts and JPR Williams discuss what it means to represent the British and Irish Lions, how rugby has changed over the years and their thoughts around the upcoming tour of South Africa.

A live Q&A will take place during the evening so make sure you send your questions well in advance to events@lordstaverners.org

For just £15 you will have access to the event plus one entry into our raffle to win some great prizes including two tickets to a London West End show with best seats in the house. Or for an extra £10, you can get a bottle of The Haystack Chardonnay or The Huntsman Shiraz from South African winery Journey’s End delivered to your door to enjoy during the evening. Funds raised will be split between the Lord's Taverners and The Harlequins Foundation.

Host
Ugo Monye, a one club man, helped see Harlequins to triumph in the Aviva Premiership in 2011/12. Monye played twice for the British & Irish Lions on their 2009 tour to South Africa and since retiring from playing in 2015, is now well known for presenting the BBC’s Rugby Union Weekly podcast and on various rugby matchdays for BT Sport.

Panellists
Jamie Roberts, the Welsh centre, qualified doctor, and former Harlequin represented the British and Irish Lions in 2009 and 2013. In 2013 during the decisive 3rd and final test in Sydney, Roberts scored the final try in the 41-16 win.

Jason Leonard, founder of The Atlas Foundation has worked with and supported numerous charities throughout his career. As well as being a Rugby World Cup Champion, he played for the Lions on three tours and was part of the squad that won the test series during their 1997 tour of South Africa. He is also the current chairman of the British & Irish Lions.

Peter Winterbottom, the England openside flanker, was always well known on the pitch for his work rate, durability, hard tackling and courage. He enjoyed playing club rugby for Harlequins from 1988-1993. Winterbottom was selected on two British and Irish Lions tours in 1983 and 1993, both to New Zealand.

JPR Williams, was first capped by Wales in 1969, aged just 19. He went on to earn 55 caps for Wales, five as captain, and eight for the British and Irish Lions. Regarded as one of the game’s greatest ever full-backs, he just as famous for his sidestep as he is for his impressive sideburns. His outstanding performance for the Lions helped them win the 1971 series against New Zealand with a long-range drop-goal.