Gary will be joined by other guests from the world of TV entertainment and sport including Ron Atkinson, David Bradley (Actor who featured in Game of Thrones and Harry Potter) and celebrity Auctioneer, Charles Hanson.

Our guest speaker, Ricky Hatton, is guaranteed to ‘knock your block off’ with his memories and stories looking back at his fabulous boxing career.

He held multiple world championships at light-welterweight and one at welterweight. In 2000, Hatton won the British light-welterweight title, followed by the WBU title the following year; he made a record 15 successful defences of the latter from 2001 to 2004, reaching the pinnacle of his career in 2005 by defeating Kosta Tszyu for the IBF, Ring and Lineal titles.

This was followed up later that year with a victory over Carlos Maussa to claim the WBA (Super) title, thereby becoming a unified light-welterweight world champion.

For priority tickets and table bookings of 10 or more, please contact marie.brown@lordstaverners.org or call
07812 130061 for more details. 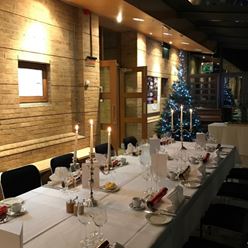 Join the East Kent region for their annual Christmas Lunch at the Spitfire Ground St Lawrence in Canterbury. 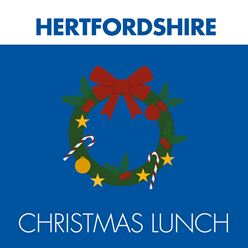 Join the Hertfordshire region for their annual Christmas Lunch at Woollams