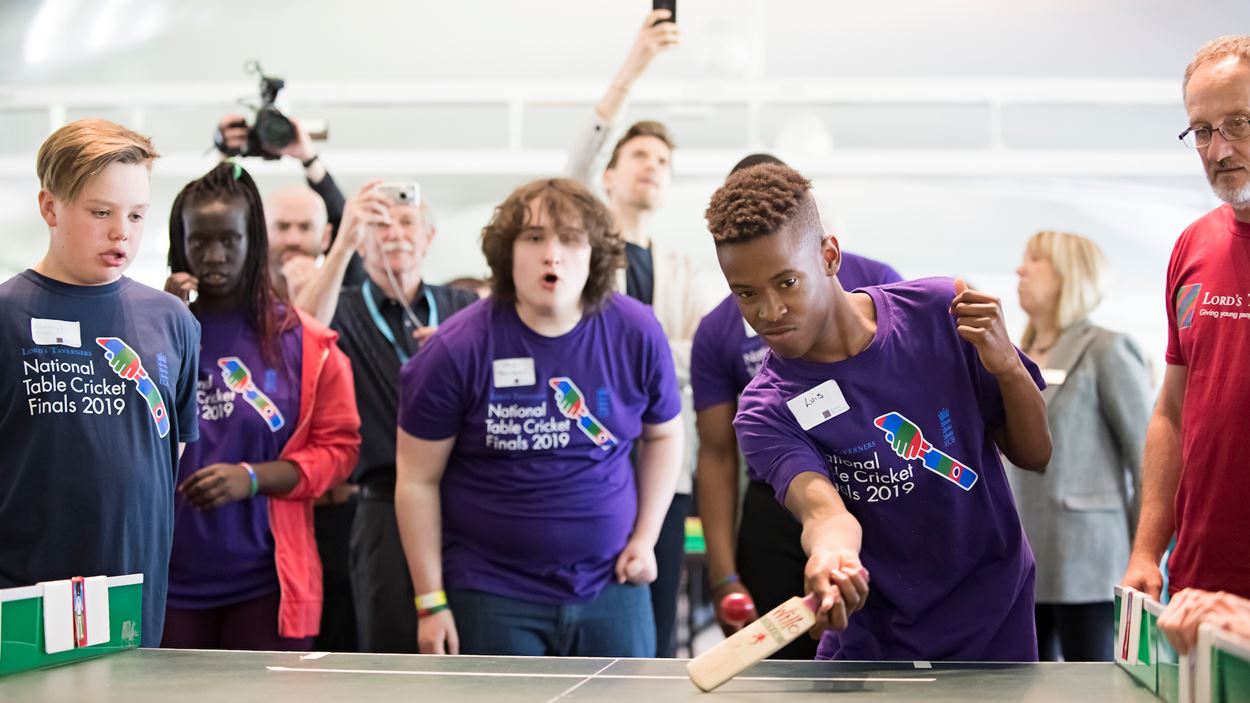 A Year In Review | Table Cricket

A record-breaking year for table cricket with a 10% increase in participation across the country. This adaptive form of the game has been played this year by nearly 8,700 young people with disabilities in over 430 schools, and our national competition was more popular than ever.

The tournament finished in grand style with a last-ball victory for reigning champions Ralph Thoresby School from Yorkshire, the first of two dramatic Lord’s finals this summer...

Aimed at 8-25 year olds with a disability who would otherwise have little or no access to sport, table cricket is a pan-disability form of cricket played on a table tennis table. Alongside the enjoyment of playing the game and competing, table cricket has been shown to develop teamwork and social skills among players. It also helps coordination and cognitive skills, as well as providing an understanding of the value of strategy, planning and leadership.

In 2019, our national programme of delivery in schools and community groups consisted of 76 days of competitions which was made up of 64 county-wide competitions that fed into 11 regional finals, ultimately culminating in a national Finals Day at Lord’s.

Twelve teams made up of more than 150 young people took part in the Finals Day in the Nursery Pavilion at the home of cricket in June. A day of closely-fought matches and extremely high levels of skill crowned the final of the competition, now in its 21st year. All the teams played their part but it all came down to the final, which was an all northern affair between William Howard School from Cumbria and Ralph Thoresby School from Yorkshire. It came down to the final ball of the competition, and with the scores level, Ralph Thoresby’s captain Alex hit the winning runs to retain their title.

Thanks to our programme, children and young people are playing table cricket in schools and community groups from Taunton to Inverness. It’s enabling young people with a disability to realise their potential and showcase what they can do both in a sporting and non-sporting environment. Being part of a team and representing their school, playing amongst friends, learning about winning and losing, taking home their certificates and medals to their parents – all these things add huge value to the lives of our participants.

Please get in touch with Liz Kuda at liz.kuda@lordstaverners.org for more information.