The impact of Covid-19 has restricted his performances on the field in the past 12 months but it’s his work off the field to further develop opportunities and raise awareness of disability cricket that has earned him the award.

His performances on the international stage have made him one of the first names on the team sheet but this summer, he put his efforts into making sure the Yorkshire hardball D40 cricket team played their first fixtures for a number of years – not only helping to organise and coach the players, but also raise money to ensure they could compete in the national championships. He even learned sign language to ensure that those with hearing impairments were part of the squad while often traveling across the county to meet and recruit new players.

Along with being a coach on the Lord’s Taverners Super 1s disability cricket programme, Alex is also a strong supporter of a number of recreational clubs within his community – assisting with coaching, umpiring, scoring, organising and even laying carpet tiles and moving 35 tonnes of gravel to help with groundworks.

He collected his award as the prestigious Cricket Writers Club Annual Lunch in central London on Tuesday.

The year’s award is also being supported by Lord’s Taverners long-term partners and world-class bat makers Woodstock Cricket. As part his award, Alex will become a sponsored player of the award-winning manufacturer of high-quality cricket bats and equipment and will visit the Woodstock factory in the coming months to be kitted out for the 2022 season.

Speaking about his award, Alex said: “It’s something I still haven’t got my head around really, it’s never been about me, it’s always about the team or how I can get people into playing cricket at any level.

“Just giving back to the game that I’ve been so fortunate to be a part of for so long is my way of saying thank you. It’s not about the recognition, it’s about getting young people with a disability to play the game.

“Super 1s is a brilliant programme and it would be brilliant to see a few people from there replace me in the England squad in the future. Now I just want to carry on the momentum and raising the money to keep it going. It’s beneficial for other young people to have role models in the game so if you have got a physical disability, learning disability or a visual impairment there is a game of cricket for you.”

Ian Martin, Lord’s Taverners Trustee and Head of Disability Cricket at the ECB, said: “Alex has delivered some wonderful bowling performances in international cricket consistently for a number of years.

“But the reason why he’s won this award this year isn’t for on the field endeavours, what he has done is turn his efforts and abilities into providing opportunities for other people to play the game.

“The Yorkshire hardball D40 cricket team hadn’t played any fixtures for a number a years so what Alex did was garner people around him living with disabilities and got them together to compete in the national championships while raising money to help with those endeavours.

“We use a saying in cricket development: ‘if you can’t see it, you can’t be it’ and what Alex has done is overcome his learning disability and shown he can succeed and excel in an area of sport. He’s shown other people the way, so other people with similar disabilities can see what Alex has achieved and that is something they can aspire to themselves.” 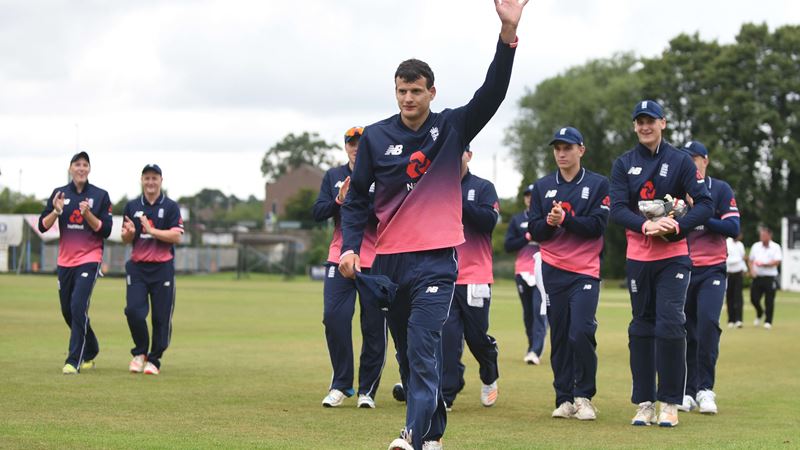