Captain Tom Moore has been made an honorary member of the Lord’s Taverners in recognition of his heroic efforts to raise more than £32 million to NHS Charities.

However, on rare occasions, the charity will award an honorary membership for exceptional reasons – the most recent being Lance Sergeant Johnson Beharry after he was as awarded the Victoria Cross, the highest military decoration for valour in the British and Commonwealth armed forces, for saving members of his unit in Iraq despite suffering serious injuries.

Following an approach from Captain Tom’s family who are long-standing supporters of the charity, former England cricket captain and Lord’s Taverners trustee Mike Gatting, who lives nearby, delivered a commemorative cricket bat and tie from the charity on Monday in recognition of his incredible efforts.

Captain Tom originally aimed to raise just £1,000 for NHS Charities Together by completing 100 laps of his garden before his 100th birthday last week… however his efforts captured the nation and so far, he has raised a staggering £32 million.

“Captain Tom’s efforts captured the hearts of the nation and his dedication and commitment to a cause that touches us all, that makes him a great role model to the country and all the young people we support on our programmes. His family are long-term supporters of the charity which is why we are delighted to be able to present him with an honorary membership,” explained Lord’s Taverners CEO Paul Robin. 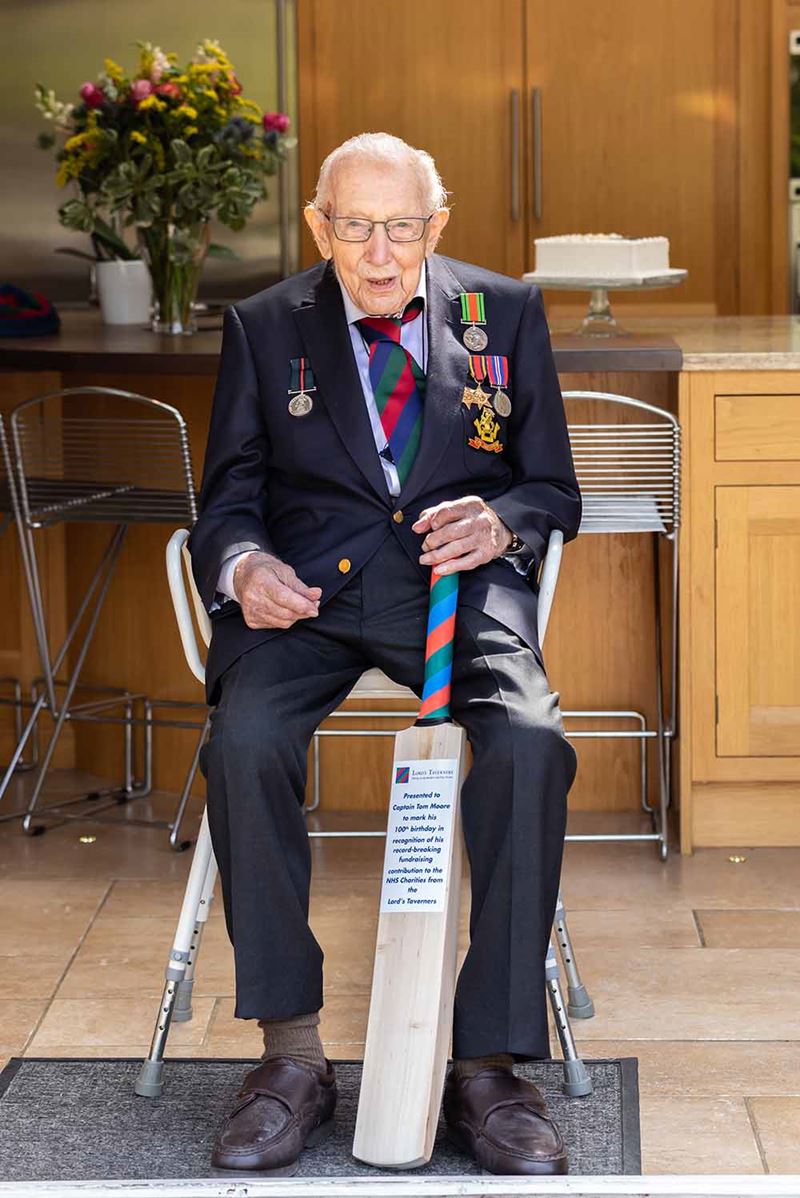