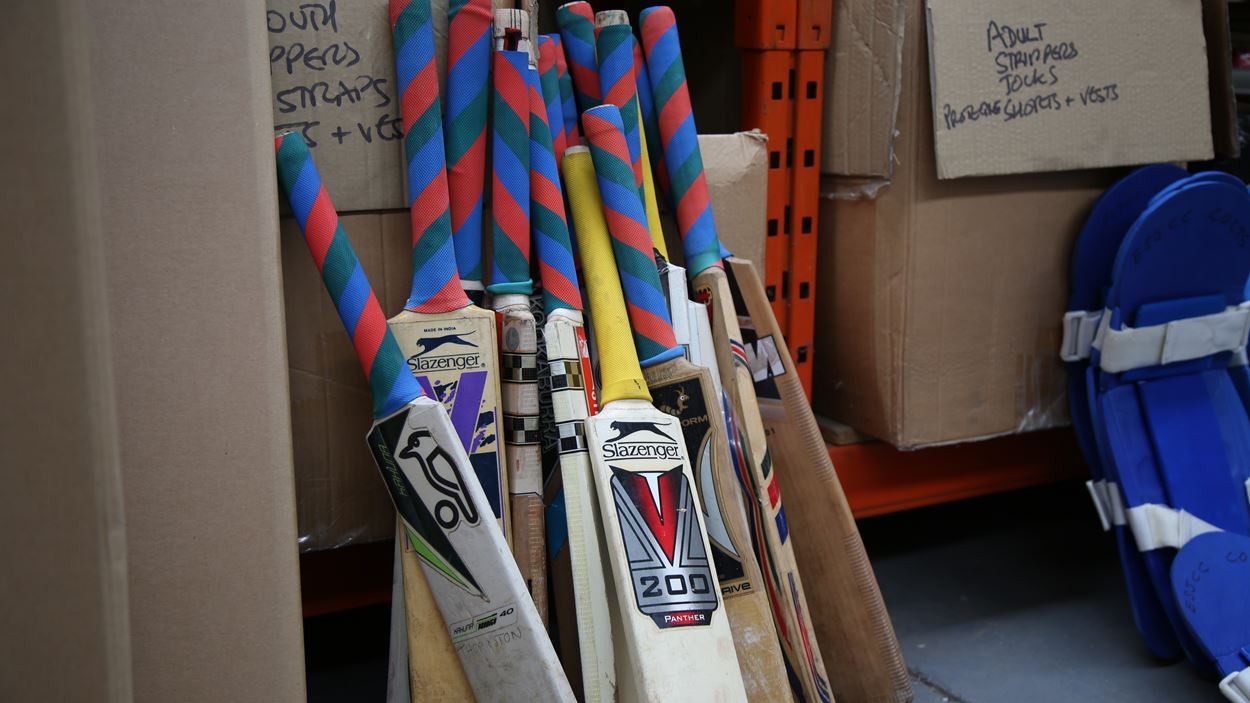 Nearly 3,000 items of cricket equipment and clothing weighing just under a tonne from the Lord’s Taverners sports kit recycling programme will arrive in Pakistan this week to enable schools affected by flooding to rebuild their sports curriculums and help children return to a sense of normality.

Working in partnership with the British High Commission in Pakistan along with the England and Wales Cricket Board (ECB) and local partners, the sports diplomacy delivery is part of a wider UK Government focus in supporting Pakistan’s resilience in the aftermath of the floods via education development.

The Lord’s Taverners would like to thank IAG Cargo for donating their expertise and resources to allow this humanitarian delivery to happen.

The announcement of the donation of equipment was made at a ‘Welcome the Return of England Test Cricket to Pakistan’ hosted by the British High Commission attended by notable sports and media personalities, political figures, representatives from the ECB and PCB as well as cricket players who are set to play Test cricket in Pakistan for the first time in 17 years.

The return of the England Test team comes amid a standout year for UK-Pakistan sporting and cultural ties, coinciding with the 75-year anniversary of UK-Pakistan relations, the Birmingham Commonwealth Games, the England T20 Pakistan cricket tour and the World Cup T20 England-Pakistan final. The Tests mark a highpoint, as 2022 draws to a close.

The return of England cricket has coincided with a strong focus on the power of sports diplomacy – with both tours taking place following devastation caused by floods. Both the ECB and cricketers contributed to the UK’s DEC Pakistan flood appeal which raised over £30m to provide lifesaving aid to those affected.

Ahead of these Test Matches, the ECB in collaboration with the Lords Taverners, British Airways, IAG Cargo, Football for Peace and the Sarwar Foundation are shipping in 1 tonne of cricket kit to enable schools affected by flooding to rebuild their sports curriculums and help children return to a sense of normality.

Through its programmes, the UK is currently supporting 40,000 marginalised children in the country with back-to-school kits including essential textbooks and delivering an accelerated learning programme to 30,000 children to help them catch up on lost learning due to flood disruption.

The British High Commissioner, Dr Christian Turner said the following: “The return of the England Men’s Test cricket team to Pakistan is good for cricket, good for Pakistan and good for UK-Pakistan relations. The ECB, England cricketers and the Lord’s Taverners have been excellent ambassadors for the UK through their donations to the DEC flood appeal and their recent kit donations to flood affected schools, which will improve the long-term mental wellbeing of children.”

England batter Ollie Pope said: “We’re delighted to return to Pakistan for this historic Test tour after such an exciting T20 series earlier this year. We’re grateful for the warm welcome we have received but also know that many communities have been impacted severely by the floods. It’s great to see so many different organisations coming together to arrange this donation of cricket equipment and hopefully it will go a small way to ensuring that children in some of the affected areas can still benefit from all the good that cricket can do as they try to recover.”