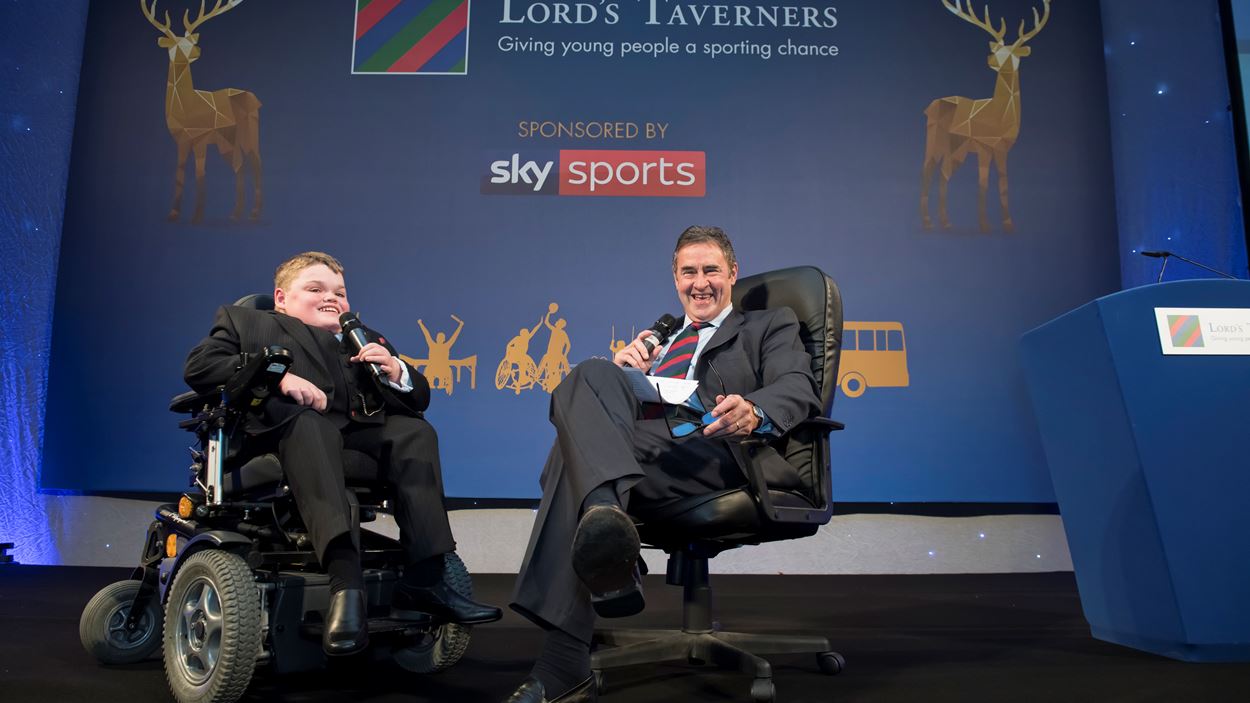 Throughout our 70th anniversary year we’ll be speaking to as many former Presidents as possible to reflect on seven decades of the charity. For the last Presidents Memories piece of the week we hear from former Kent and England cricketer, Chris Cowdrey, who was in the President’s seat from 2012-2015.

I think I was in my early 20s and Graham Johnson, a fantastic Taverner who played for Kent and numerous times for the Taverners, kept saying to me “you’ve got to become a Taverner”. I didn’t really know what it was all about at the time but after a couple of years I got involved and absolutely loved it and been a member ever since.

How much did you enjoy being President?

I’m hugely proud to be part of it. My father was President in the late 1990s and I just remember the thrill it gave him to be able to give something back to the charity. He was a very generous person and loved every single minute. I remember when he was in the role so well and for me to then became President myself in 2012 for three years was a genuine honour, and I loved my time doing it.

What makes the Taverners special?

The West Kent Taverners were the region that got me excited about it. I was invited to a few of their lunches and you could see the difference that they were making. Every now and again I would get the chance to go to a special educational needs school and see children being active or receive a minibus. It brought tears to my eyes sometimes seeing how happy these kids were to have their lives improved and of course, that’s what we do.

Cricket being a team game offers a lot to the young people we’re trying to help. They get to interact with other people where you can learn so much and it’s wonderful to see the smiles on the children’s faces when they do. I think cricket is the best game in the world for bringing people together and the interaction you see when young people with disabilities get together and play as a team in table cricket, you can sense the feeling of team ethic that you get. Whether you’re playing for Kent, England or whoever it is, it really is the most exciting thing and the biggest thing we do.

This is a tricky one as there are so many. But there was one not so long ago where we got together and discussed the idea of introducing the pledge system to our Christmas Lunch. We decided to give it a go and halfway through the 10 minute period guests had to pledge at the lunch, a very good friend of mine tapped me on the shoulder and asked “how much do you think this is going to raise?“, I said it could be anything but he then replied and said “I tell you what, I’ll match it“. That was a really big moment and I loved that. I think it was £16,000 raised and he matched it which was an amazing thing to do.

How far has the charity come since you first got involved?

We’re 70 years in and its grown from a few coins thrown in the glass in the Tavern, then into a rug taken around the grounds at Taverners XI games. So to get to where we are now is remarkable and I seriously think we should be proud and I’m sure all those who kicked it off 70 years ago in the Tavern would be very proud to see where we are now.

The fundraising and the whole charity has changed over the years, it had to. Young people need our help and we’re more than a club and raise massive funds for young people. We’re still a club but I think we’ve got the balance right. We feel a sense of unity but we’re great fundraisers that help young people and it’s very exciting what we’re doing at the moment.