The Lord’s Taverners and the Berkeley Foundation have announced a new four-year £800,000 partnership to support the continued growth of the Super 1s Disability Cricket programme.

To celebrate the announcement, teams from across London and the South East took part in a Super 1s competition at Lord’s on Thursday with nearly 80 programme participants getting the chance to play at the Home of Cricket. The players were treated to a special appearance from Australian cricket legend Shane Warne who presented the trophy to winners Hillingdon.

The partnership with the Berkeley Foundation will fund existing and new projects in London, Birmingham and the South of England – allowing thousands of young people with disabilities the chance to play regular, competitive cricket against their peers and enjoy the benefits of playing sport.

The national programme is not only an entry point to cricket for those with disabilities, but also improves physical and mental well-being and empowers young people to realise what they can achieve, regardless of their disability.

As part of the partnership, existing Super 1s projects will be expanded while new locations in Sussex and Hampshire will also be launched, helping to contribute towards coaching and training opportunities to enable participants to become qualified leaders or coaches.

“Super 1s is a fantastic programme to give disabled young people the chance to play regular, competitive cricket,” added England and Kent cricketer Joe Denly who is a Lord’s Taverners ambassador. “The impact it has on young people is immeasurable in not only helping to improve physical and mental well-being while making friends, but also engaging with positive role models and realising potential, both on and off the pitch.”

Since its launch in 2013, the Berkeley Foundation has supported the programme’s growth from a pilot scheme in four London Boroughs, to now delivering life changing sessions in 17 locations nationally and all 32 London Boroughs. The new four-year partnership will take the Foundation’s total investment in Super 1s to £1.5 million.

“The Berkeley Foundation has been the key partner of this programme since its inception and without their support it would not be the success it is today,” explained Paul Robin, CEO of the Lord’s Taverners which is the UK’s leading youth cricket and disability sports charity.

“After six successful years working in partnership to grow the programme and help thousands of disabled young people, we are delighted that the Berkeley Foundation will be supporting the Super 1s programme for the next four years and we really are thankful to have such a supportive partner on board. The extended partnership will not only allow us to continue our existing projects but also to expand our delivery to new areas and provide more life changing impact through the Super 1s programme.”

Launched in 2011, the Berkeley Foundation is an independent charity set up to support young people across London, Birmingham and the South of England.

“We know the Super 1s experience can be truly life changing,” explained Rob Perrins, Chief Executive of Berkeley Group and Chairman of Berkeley Foundation. “It improves young people’s confidence, self-esteem, social skills, fitness, happiness and all-round wellbeing. I should stress it’s not the Berkeley Foundation or the Lord’s Taverners making these claims – it’s the parents and young people involved.

“When we set up the Berkeley Foundation in 2011, we wanted to support innovative charities, and test new ways of addressing the big social challenges. We hoped that some of this work would be scalable and grow far beyond our initial investment. Super 1s is a brilliant example of this and that’s why I’m delighted that we have renewed our support for the programme for a further four years.” 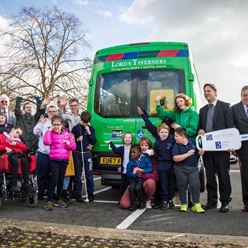 Pupils from Oaklands School in Isleworth are celebrating this week after receiving a new accessible minibus from the Lord’s Taverners. 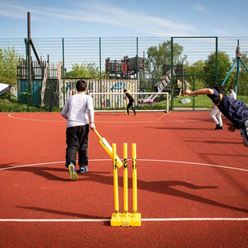 On a very cold morning in the Midlands last month, a brand-new Wicketz festival was held based on a one-off cricket skills competition once held in England called the Titans of Cricket.

Give back this Christmas! 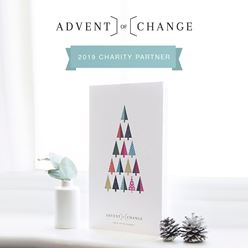 Give back this Christmas!

We are delighted to announce that the Lord's Taverners are part of a unique advent calendar for Christmas 2019, alongside 23 other charities, which will appear in Waitrose stores across the country. 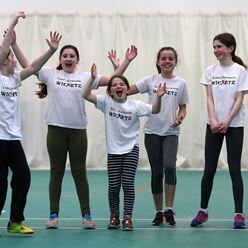