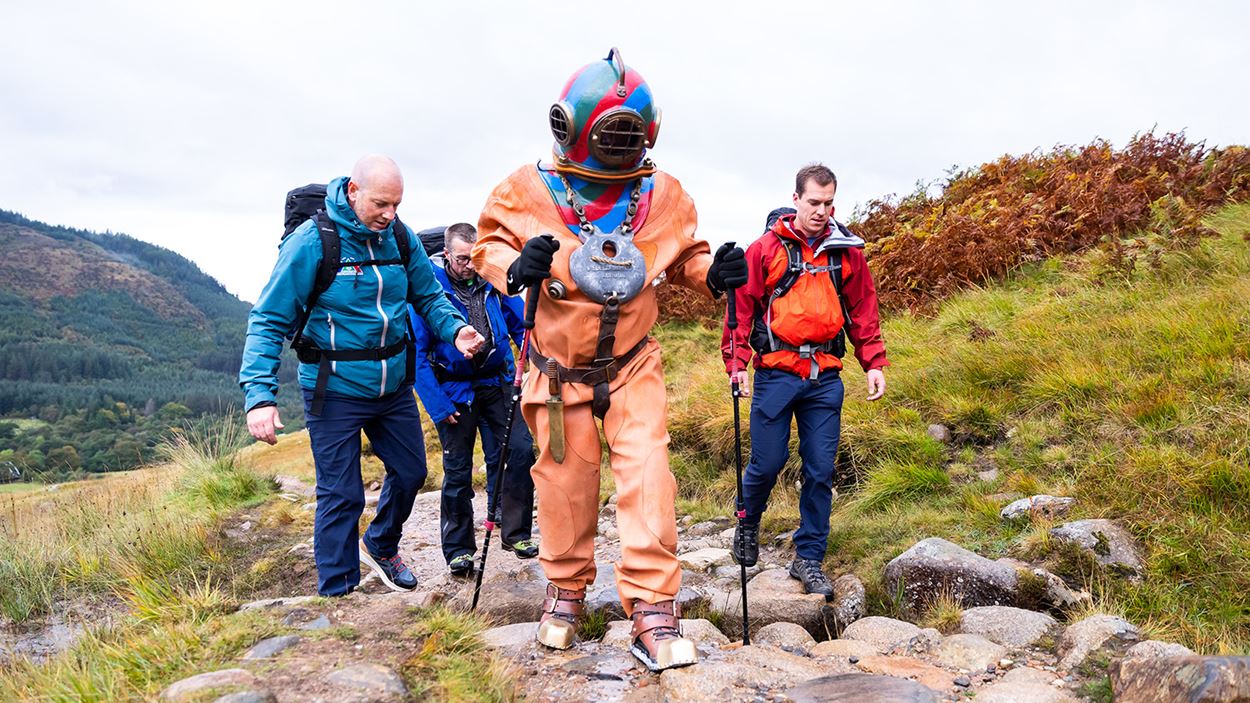 Lloyd Scott has completed his 3 Peaks Challenge after battling through torrential rain, strong winds and near zero visibility to reach the summit of Snowdon on Monday lunchtime.

Wearing his 130lb diving suit, Lloyd reached the highest point in Wales after a two-day climb to complete what will be his final challenge having already climbed Ben Nevis and Scafell Pike while wearing the cumbersome aquatic equipment.

After successfully negotiating day 1 of the Snowdon trek in good conditions it was a very different story for the last four hours of the 10 day long climb on the morning of Monday 12 October. Very heavy cloud, strong winds and rain from all directions greeted Lloyd and his support team as they set off on the final leg of his gruelling trek of the three highest peaks in the UK.

But after negotiating the elements, plenty of steep climbs and tricky terrain Lloyd Scott reached the summit of his final challenge at midday. A remarkable effort by him and his team. "It was just a relief really", said Lloyd after taking the helmet off and speaking for the first time as a retired deep sea diving challenge specialist. "I wondered what i'd be thinking once I actually got to the top but the conditions were so appalling it just became a focus for me and everybody here getting up there and now getting back down safely. I just want to say a huge thank you to everyone who helped get me up here and all those who have donated so far."

We salute you Lloyd. It's been a remarkable effort to achieve such a feat in very uncertain times. Its still not too late to support all of his work over the course of the last few weeks. Not only has he raised valuable money for the charity but he's also raised a lot of awareness for the cause while doing so, both things we will always be very grateful for. 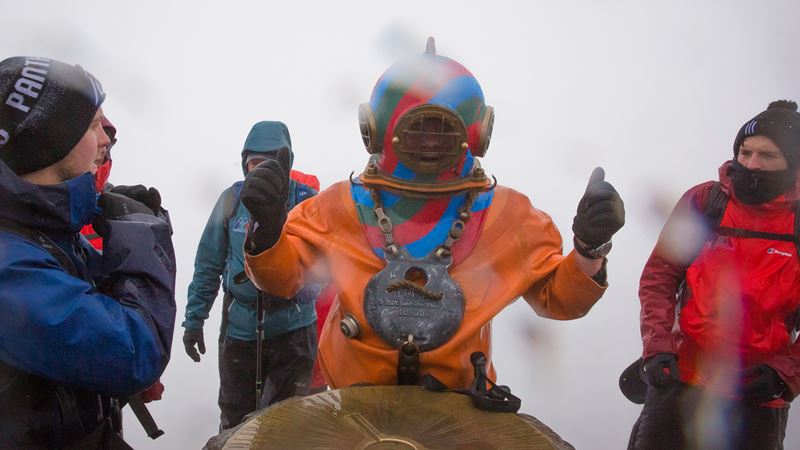 "My legs are pretty smashed. It took me two days to get up Ben Nevis and normally after doing that in the diving suit it would take two weeks to recover from, and I've had a day..." These were the words of the heroic Lloyd Scott 45 minutes in to his second climb of the week as he attempted to make his way up Scafell Pike in the Lake District.

He and his team made good progress early on but it got a but nasty as he approached the halfway point. "There were some quite steep climbs and it was pretty slippery under foot. My legs are starting to cramp up as well." We bet they are Lloyd!

There were a few scary moments as he went again on day two after camping half way up the mountain on Wednesday night. A few air strokes with the sticks he's using to support him required some of the travelling crew to catch him and get him going again, but with the thought of the cause he's raising funds for on his mind Lloyd was determined to get through. He made the summit of England's highest peak at lunchtime on Thursday (8 October) to a big round of applause from all those present.

"We're doing this for the children and the programmes the charity delivers so I really dont want all this effort to go to waste. Please, please, please find it in your hearts to donate to the charity."

The video below really tells the story of Scafell Pike and how much effort Lloyd is putting in for the cause. An incredible effort which now leaves just one more peak standing in the way of completing the mammoth challenge he set himself.

See behind the scenes at Scafell Pike 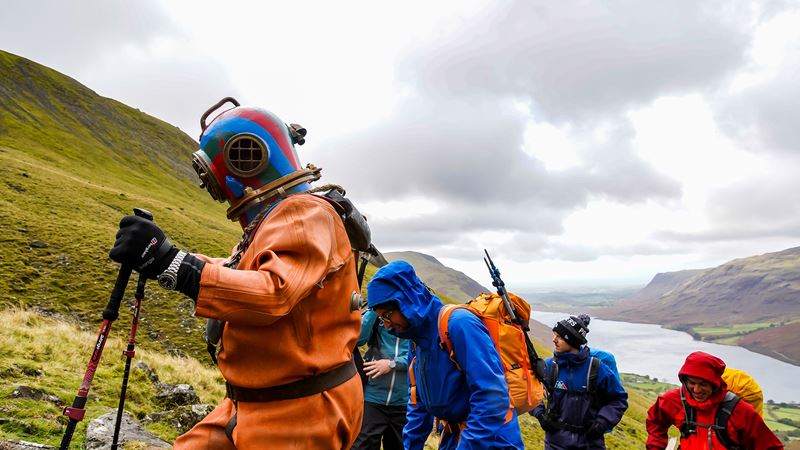 Lloyd set off at first light at Ben Nevis on Sunday (4 October) to begin the challenge amidst testing conditions in the Scottish mountains and over the course of the next eight days he will take on the 23-mile, 3064 metre ascents.

He had a tough first day on Sunday, tackling rough terrain in a 7-hour ascent which was followed by a night on the mountain. Lloyd and his support team summited the highest peak in the British isles on Monday as part of a gruelling 13-hour second day. He remained in good spirits at the peak, saying: "I’m just glad we’ve managed to do the first part... and it is just the first part so, 2 more to go!"

Hear what Lloyd had to say and watch the video below to get just an idea of how tough this challenge is. 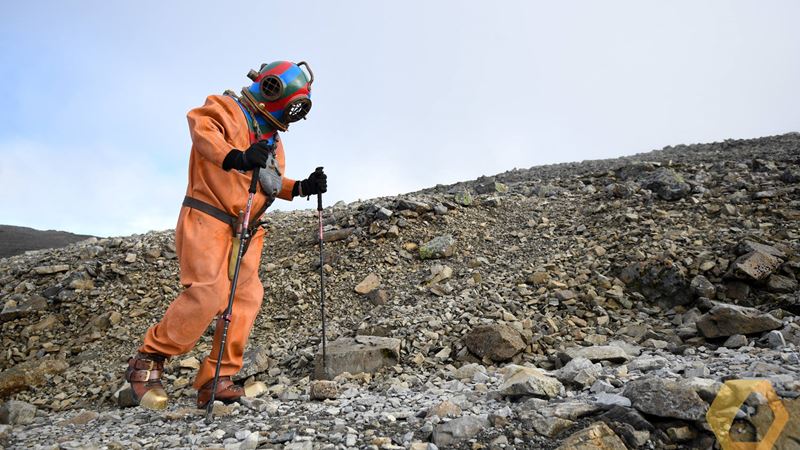